I forgot just how many cards came in Pro Set Packs.  There were more than I thought, so I'm knocking these off 3 at a time. 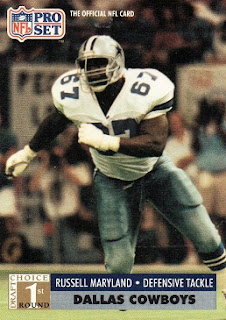 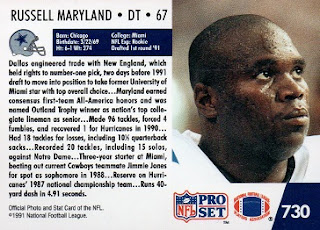 This is a tough one for a Herschel fan, as the Cowboys acquired Russell Maryland through some draft maneuvering, largely as a result of the picks garnered through the Walker to Minnesota trade.
When the predicted #1 pick, Raghib "Rocket" Ismail went to the Canadian Football League, Dallas worked a deal with New England, who held the first pick, and took Maryland.
He had a non stop motor, and was a very good player for the Cowboys.

I was kind of surprised to learn that he only made one Pro Bowl, however.  Herschel often gets crap for only making two, and I thought Russell Maryland had made more. 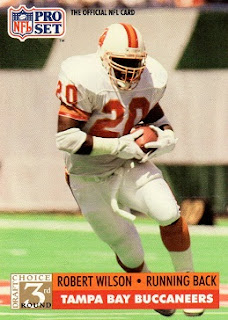 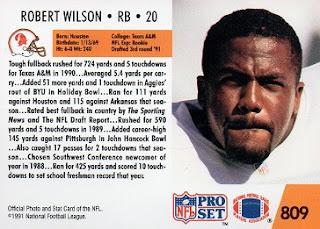 A big fullback who was a third round pick by Tampa Bay.  Sorry to say I don't remember him at all. 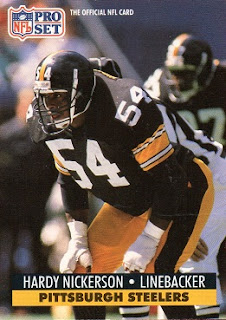 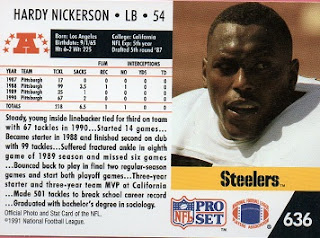 Hardy Nickerson is shown here with the Steelers, who drafted him in round five. At the time, Pittsburgh used a 3-4 defense, and Nickerson wasn't anything special.

Then he went to Tampa Bay, where they used a 4-3 scheme, and he was a four time All Pro.
Posted by Dave Bancroft at 3:27 AM