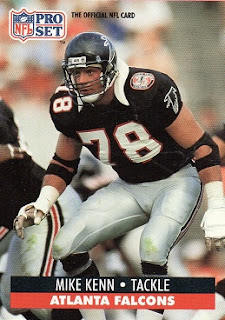 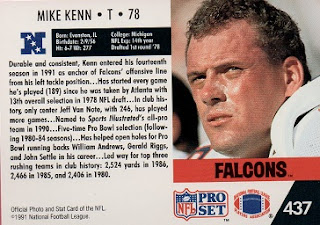 Mike Kenn was a terrific tackle for the Atlanta Falcons.  He started all 251 games in which he played, and was a five time Pro Bowl player.  His number was retired by the Falcons. 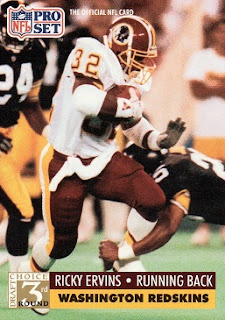 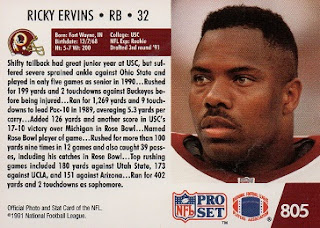 Didn't have that great a pro career, but as a Bills fan, I remember him well.  He was the leading rusher for the Redskins in Super Bowl XXV1, where he gained 77 yards as Washington beat Buffalo, 37-24. 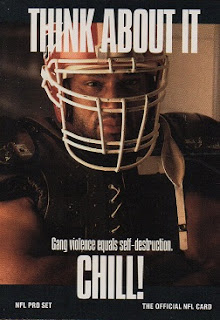 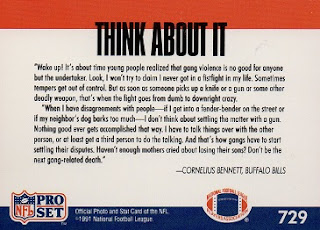 Inserted in Pro Set packs, were these, "Think About It" cards, which contain inspirational messages from N.F.L. players.  The messages were of the "don't take drugs", "stay in school" variety.

This one, featuring Cornelius Bennett, says not to join gangs, or to engage in violent behavior.
The message turned out to tragically ironic, as in 1997, Bennett was convicted of performing vicious acts during the sexual assault of a woman. He was jailed for a short time, and had a lengthy probation term.

Should have taken your card to heart, Biscuit.
Posted by Dave Bancroft at 4:28 AM