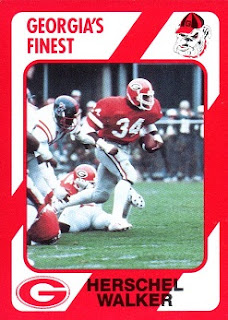 I came across this card on EBay.   The unusual thing about it is that in the checklist for this set, the 1989 Collegiate Collection, Georgia Bulldogs, # 80 is listed as Anderson Johnson, a quarterback.

But Johnson's card is actually an uncorrected error: 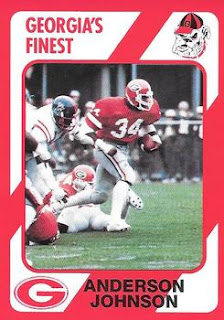 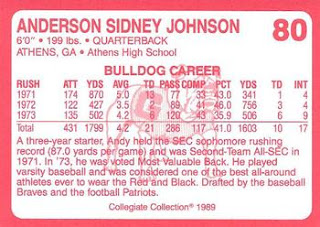 As you see, the picture on the front is still Herschel, yet the name on the card front is Anderson Johnson.  Further, the stats on the reverse are Johnson's.

I don't know if the original # 80 in the set was supposed to be Walker's or Anderson's.

I brought this card image to the TCDB guys, and they have now listed it as an official variation.

I'm glad to add this card to the Herschel Hoard.
Posted by Dave Bancroft at 5:03 AM No comments:

I guess the idea was that if you pulled a denomination card, you could go to your local card shop(remember them?) and trade it for as many Wild Card trading cards as the denomination you had.

In any case, the idea never caught on, and the Wild Card company soon went out of business.  Like many cards of that era, they didn't hold a lot of value.  However, if you collect cards of a particular player, some of the denominations and varieties can be almost impossible to find.

Along with the different denominations, there are subsets off the base set, such as Running Wild, Force Field and Stat Smashers.  Further, among those, there are gold and silver parallels.

Recently I was fortunate to hit upon a lode of '92 Herschel Walker Wild Cards that until now, were blank spaces at the Herschel Hoard.

Here is what I got:  The first is one on my top ten most wanted cards list. 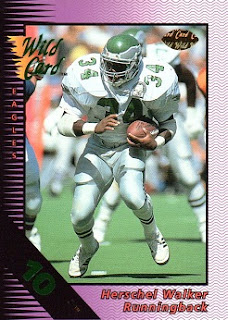 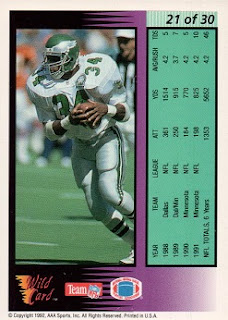 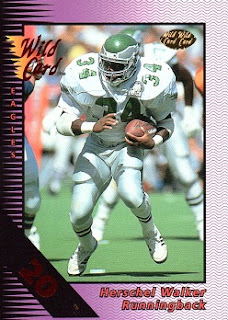 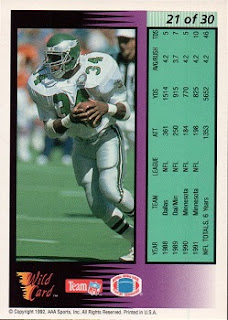 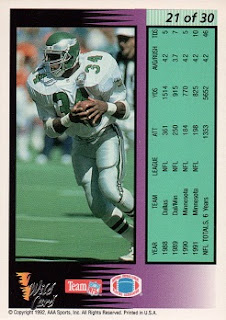 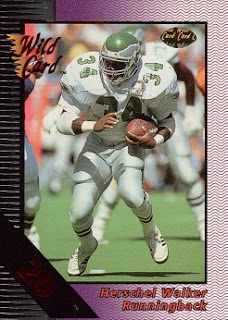 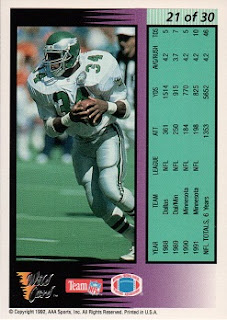 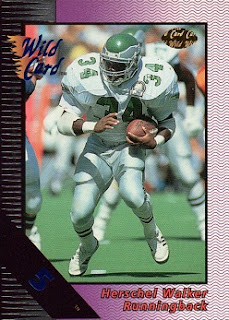 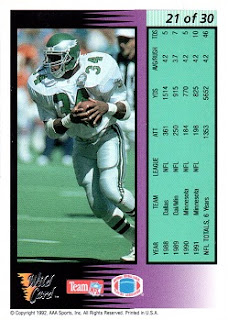 I've been collecting Herschel Walker cards a long time, and to pick up as many of these at once is a rare find.   Happy Collecting!
Posted by Dave Bancroft at 5:38 AM No comments: 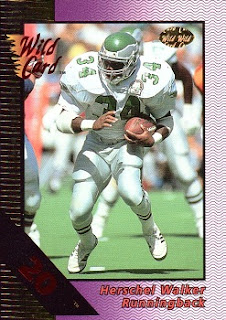 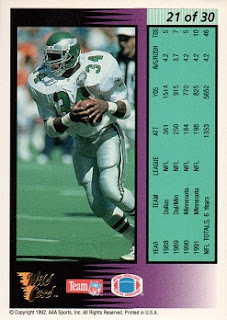 This is a 1992 Wild Card Field Force Gold 20 Stripe card of Herschel Walker.   These Wild Card striped versions are very tough to find, especially in the Field Force or Running Wild subsets.

What differentiates the Gold version from the regular is the gold flecking in the left hand border.  Sometimes it's tough to see in a scan, but with the card in hand, it's easier to see.

The "20" is shown in the diagonal black band on the lower left of the card front.  Again, it is kind of tough to see in the scan.

I'm extremely happy to add this card to the Herschel Hoard.

Posted by Dave Bancroft at 5:40 AM No comments: 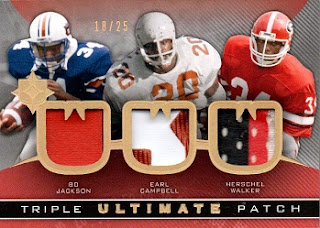 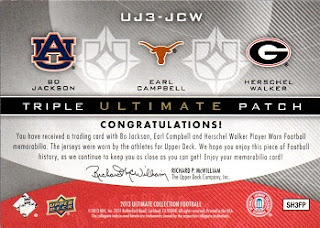 It's been awhile since I posted at the Herschel Hoard.   Truthfully, I haven't seen anything come up for sale that I didn't already have.

Don't get me wrong.  There are many cards of Herschel that I'm still looking for.   But someone has to want to part with them before I can add them to the Hoard.

In any case, I did come across this variation of the 2013 Upper Deck Ultimate Collection Triple Patch set.

This is the set that features Herschel along with two other Heisman winners.  A player worn swatch is included from each.

In this version, Walker is shown with Earl Campbell and Bo Jackson.   In some of the other versions, he is shown with Barry Sanders or Billy Sims.