The fourth card pulled from the 1991 Pro Set Pack is: 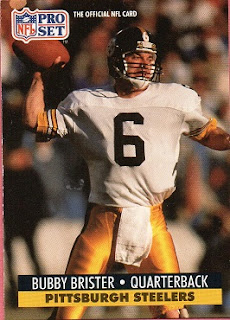 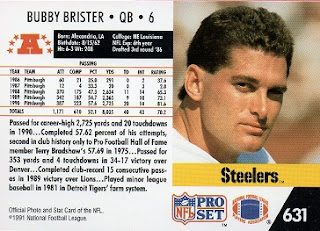 The best thing I remember about Bubby Brister is that in 1991, the Steelers were getting their butts handed to them by Houston.  Neil O'Donnell was in at quarterback for Pittsburgh, and coach, Chuck Noll wanted Brister to go in late in the game and take over.