Yesterday, I described some of the wild card striped cards found as I opened packs from a sealed 1992 Wild Card Football box.

As you know, I was hoping to pull some striped versions of Herschel Walker, in either the Field Force, Stat Smashers or Running Wild subsets.

I didn't have any luck there, but I did get a few of the regular cards in two of the three subsets.  I struck out completely on Running Wild.  Not a single card in the box.

But here are three examples of Field Force cards.  First, the basic version: 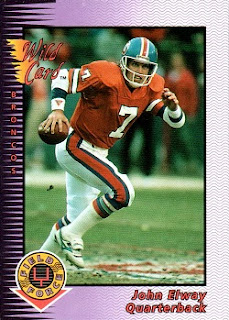 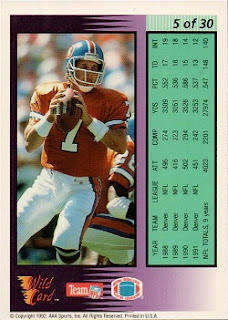 Next is the Field Force Silver version: 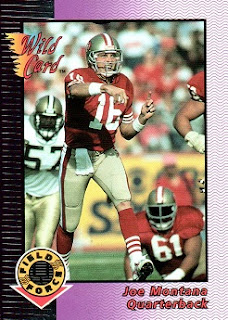 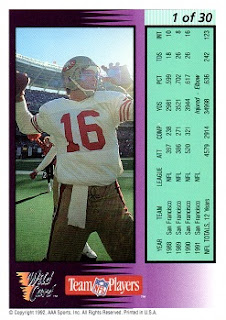 Note the silver flake on the left side of Montana's card.  Lastly, the Field Force Gold: 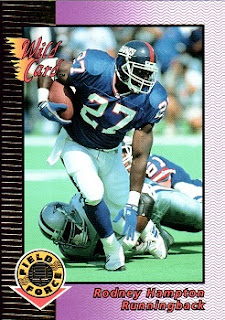 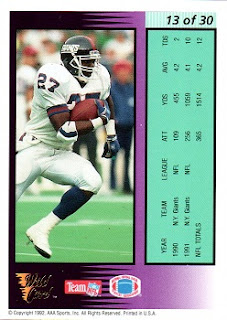 Rodney Hampton's card has the gold flake on the side.

Next we have Stat Smashers.  Here's Dan Marino's card: 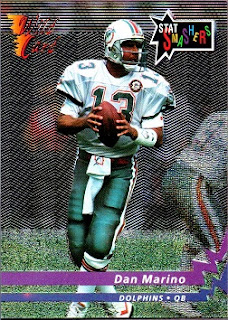 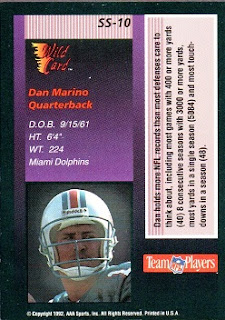 Finally, we have the Red Hot Rookies subset.  Here's an example: 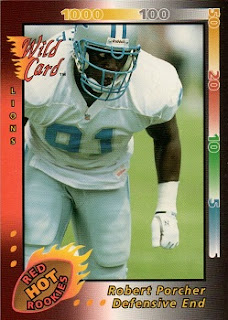 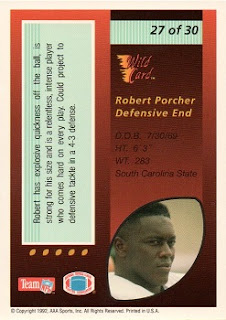 Robert Porcher had a nice career. He spent it all with the Lions.  He finished with close to 100 sacks and was a three time All Pro.  Very involved in the community as well.

So even though I didn't score any Herschel cards that I needed, the box break was still a fun way to pass the time until my next Walker card finds its way into the Hoard.

Posted by Dave Bancroft at 4:38 AM