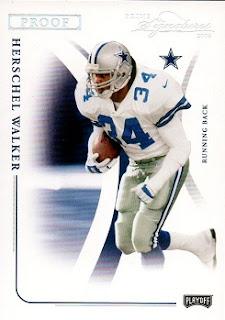 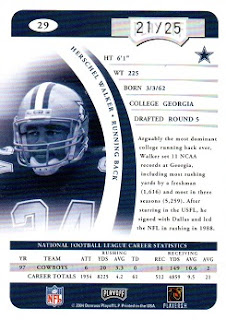 The latest addition to the Herschel Hoard, is this 2004 Playoff Prime signatures Silver Proof #29 card.   The Playoff Prime series had several cards which were available to collectors.  Walker is featured in 11 different card variations, of which seven are in the Hoard.

Here's hoping that more elusive Walker cards will continue to trickle into the Hoard.

Posted by Dave Bancroft at 2:36 PM