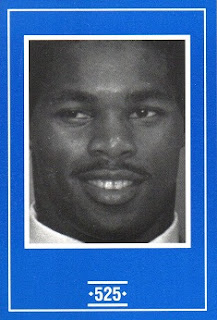 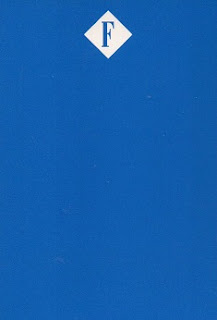 I was aware of these, but at first, had no intention of including them into the Hoard.  This is a card from Canada Games Co.'s, Face to Face game.  The 1991 version included 800 picture cards of celebrities from all fields, sports, entertainment, politics, etc.  The idea of the game was that a card was placed behind a plastic screen which had four, slide open, windows.  Questions were asked, and if answered correctly, a window would be slid open, revealing part of the celebrity's face. You would try to guess who it was in as little moves as possible.

I decided to buy one of Herschel's cards on the secondary market. They're not that hard to find, although some celebrities may be harder find than others.  I did this because I noticed that someone had created a space for the set on Herschel Walker's page at the TCDB.  Sometimes though, people will add checklists for cards on there, which don't belong, such as homemade, unlicensed cards.  I checked with a long time and trusted member and he informed me that the cards were legitimate.

One interesting side note is that I remember this being on the show Pawn Stars.  The original creator of the game came on the show and tried to sell Rick Harrison the licensing rights to it.  He had with him, several release forms signed by the various celebrities.  Rick was more interested in the autographs than the rights, but I can't remember if he made a deal with the guy or not.  Canada Games also made the Pogs game, which was a thing in the 1990's.  They went out of business in 1997, but were quite successful for a time.

So, slowly but surely, the Hoard marches on.

Posted by Dave Bancroft at 4:25 AM

I remember seeing that Pawn Stars episode, and vaguely remembered the game. I didn't even think about what football players might be in it.

Great addition to your collection!