With 11 packs left from my series 1  Wild Card box, I decided to tear them all open and see what I ended up with.

Part of the reason is that I also acquired a series 2 box and there are more potential cards of Herschel from that series(Running Wild, Field Force and Stat Smasher striped cards) which I'm looking for.

In any case, after opening the packs, I found just one more striped card: 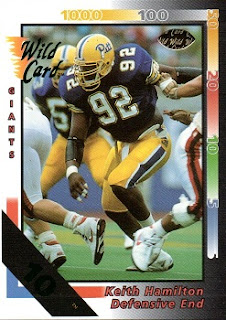 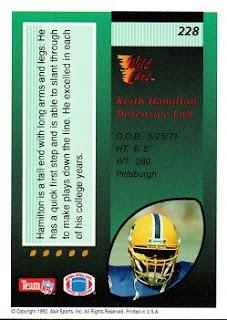 This is a 10 stripe card of Keith Hamilton.  He played for the Giants his whole career, making one All Pro team.  Unfortunately, he had a lot of legal trouble when his career ended.

Just two wild cards out of an entire box isn't many, but them's the breaks.

I also pulled these Hall of Famers: 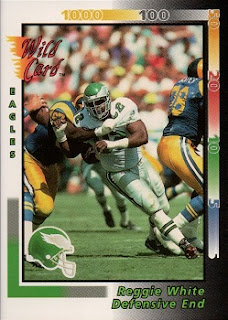 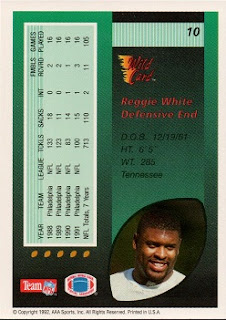 The Minister of Defense, Reggie White, along with: 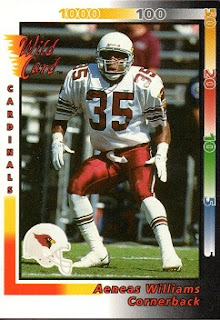 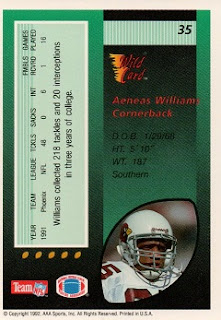 And tremendous cornerback, Aeneas Williams of the Cardinals.

I also pulled the base cards of Emmitt Smith and Thurman Thomas.  I  got their league leader cards in previous pulls. 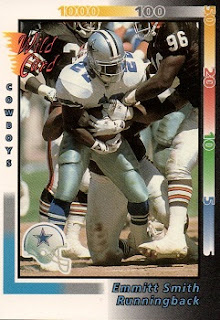 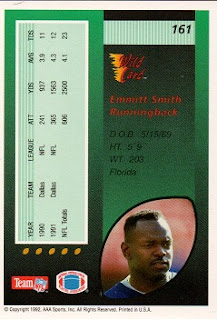 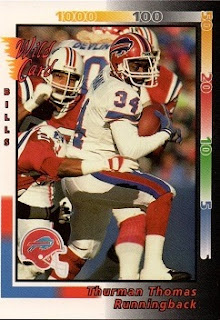 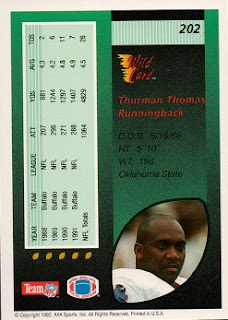 I'll be breaking open the series 2 box a few packs at a time.  I'll report if I come across any striped cards, and I'll keep it to first ballot hall of famers as far as posting any other cards.

Posted by Dave Bancroft at 4:49 AM