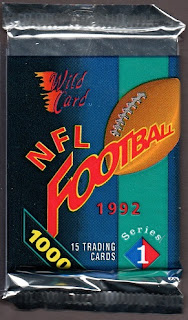 It's time for another pack rip from my 1992 Wild Card Football Series 1 Box Break.

First the bad news.  I did not get a single striped wild card from this six pack rip.  I'm beginning to think these things are rarer than hen's teeth, at least as far as pulling them from unopened packs are concerned.

However, I did manage to pull 25 cards I needed, as I work toward completing, at least the base set. 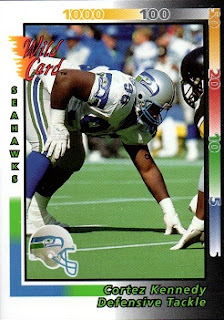 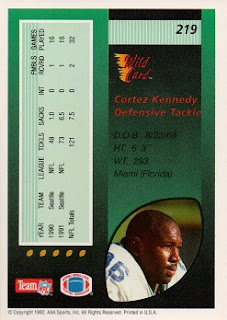 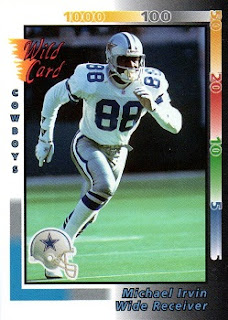 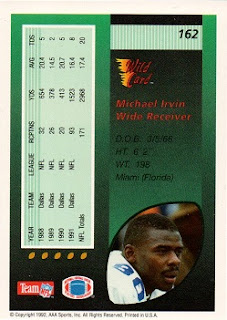 From pack # 5:
This was the best rip of the bunch today. First I got: 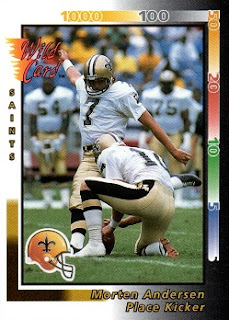 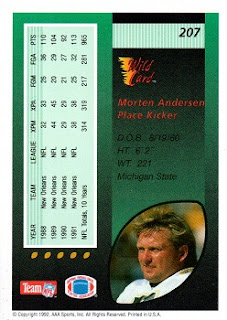 #207 HOF kicker, Morten Andersen.  He's only the second pure placekicker to be elected, after Jan Stenerud. 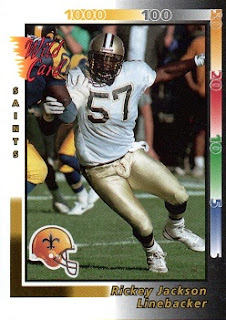 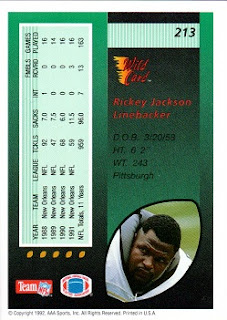 Saints HOF linebacker, Rickey Jackson, and last but not least: 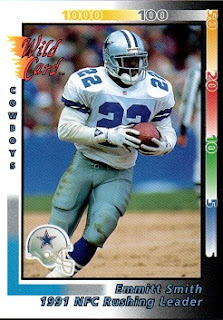 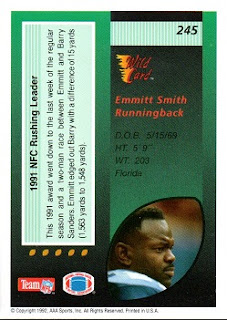 All time rushing leader, Emmitt Smith.  From this last pack, I also pulled cards 182 and 220.

Unfortunately all duplicates.  I did pull Herschel's #63 card, which I've gotten for the third time.