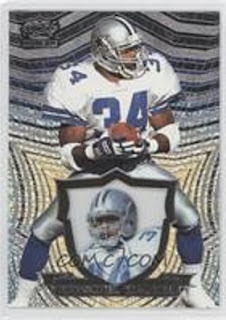 The 1997 Pacific Invincible card set had four parallels.  In addition to the base cards, there were copper, platinum blue, red, and silver. I have the base card and the first three parallels, but as yet, have not been able to snag the silver version.  It is shown above, courtesy of COMC.com
Posted by Dave Bancroft at 5:54 AM