In 1997, Fleer ran a contest using their Million Dollar Moments set.  I wasn't sure exactly how it worked, but Ryan from the TCDB filled me in.  The contest ran in the baseball set as well, but we'll be discussing only football here, and Herschel Walker's cards in the set specifically.

To begin with, the front of the card featured the player, and a specific highlight from his career. Here is Herschel's card, which is #12 in the set. 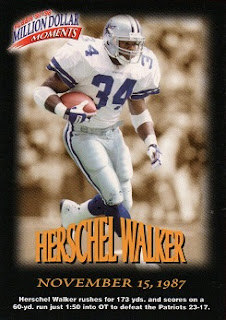 The front does not change(save for one instance) but the back does, depending on what you have. Let me explain. The set consisted of cards #1-50, however cards # 46-50 were extremely short printed, and extremely rare. These last five cards were the contest winner cards. If you pulled #'s 46-49, you could exchange them(plus cards #1-45) for various prizes, including $1,000 hobby shopping sprees. There was supposedly a $1,000,000 grand prize, paid in $50,000 over 20 years, but you needed to pull all five of the contest cards #46-50 to collect.  I don't believe anyone ever did.

The back of the card, pulled directly from a pack, would look like this: 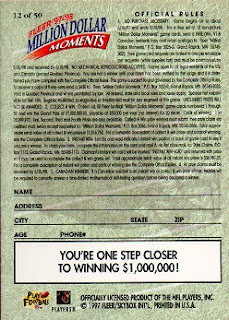 There was also an NPN (no purchase  neccesary) on the card backs, in which you would fill out your name and address, send it to Fleer and receive cards #'d 1-45. The catch is, these cards had blank fronts. 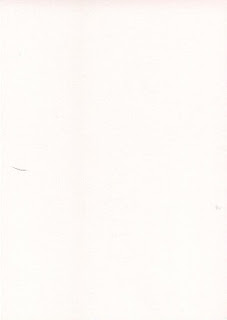 In addition, you could send in cards #'d 1-45, along with $5.95, and receive a complete set, including the last five contest cards. But to insure that the cards you received were no longer eligible for the contest, the backs were stamped thusly: 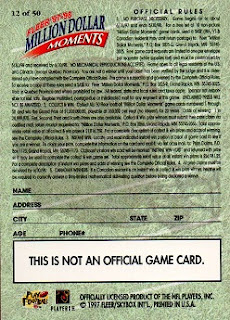 You did get the original cards #'d 1-45 back that you sent in, but to make sure you didn't send the same cards in over and over, Fleer stamped this on your original cards: 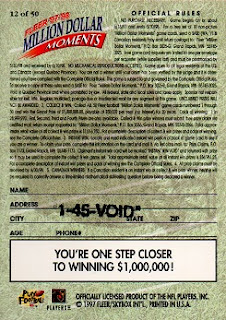 There was also believed to be instant win cards inserted, and they are mentioned in the contest rules, but Ryan told me he has never seen an example.