Topps had an special set among their 1993 football cards, which was known as Topps Black Gold.  The set featured some of the popular players of the time, and was broken down into groups, A, B,C D, then AB, CD, and ABCD.

Herschel Walker was in the D, CD, and ABCD groups.  Shown below is the CD non redeemable version: 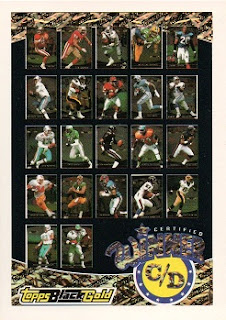 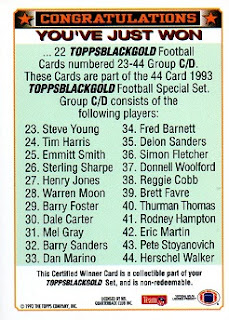 You'll see that Herschel is the last player shown on the front of the card, and is last to be named on the back.

Interestingly, the AB card is an UER, or uncorrected error card.  That is because Walker is not shown on that card, yet his name is on the back, under #17.  The player that should have been named is Ricky Watters, who also played for the Philadelphia Eagles at that time.
Here is that card: 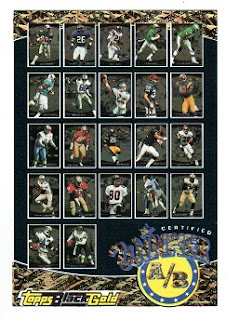 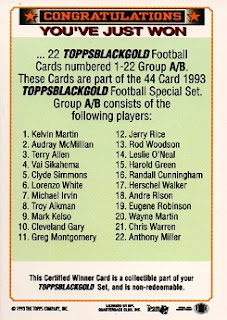 I'm glad to add these cards to the Herschel Hoard, and someday hope to add the D and ABCD card as well.
Posted by Dave Bancroft at 5:10 AM