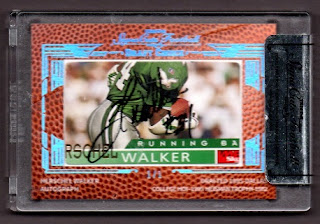 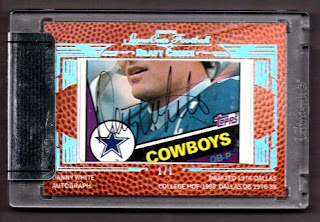 The autographed memorabilia company, TriStar, got into the draft choice card biz in 2014, with these signed cards.  Like Panini, not only were that years current NFL draft picks included, but legends of the past also had examples.

Such is the case with this one of one autographed card of former Dallas Cowboy quarterback and Herschel Walker, in a Philadelphia Eagles uniform.

Posted by Dave Bancroft at 4:46 AM