I have added a couple of pocket football schedules that show images of Herschel, to the Hoard.   Below is a 1988 Dallas Cowboys schedule in unfolded condition: 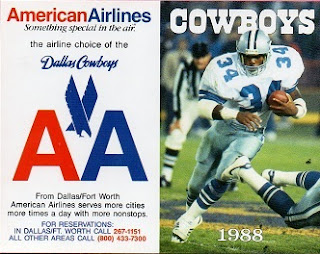 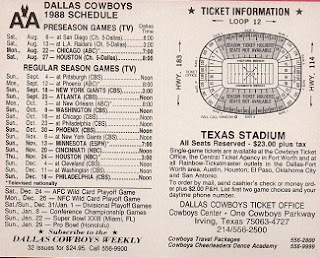 I also picked up a 1990 Minnesota Vikings schedule that has Walker on the front.   This one has been folded: 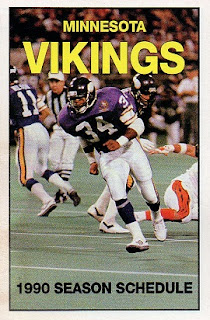 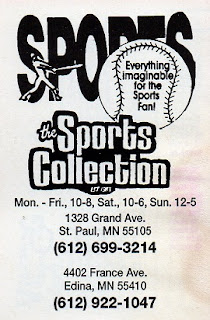 When the U.S.F.L. folded, it was a fairly big deal when Dallas drafted Herschel, and of course when he was traded to Minnesota, it was even more of an event.
Sadly, things didn't work out  as well as hoped during Herschel's stint with the Vikings, but at the time, he was a big deal, so I wasn't surprised to see him featured on both the Cowboys and Vikings schedules.
I really was kind of surprised that he didn't make the cut on any of the N.J. Generals pocket schedules, however.
The 1983-1985 Generals schedules feature a corporate sponsor.  Herschel does not appear on pocket schedules for either the Philadelphia Eagles, or the N.Y. Giants, during the years he played for them.
Posted by Dave Bancroft at 1:32 PM